You can buy your entrance tickets online very easily, to save money and avoid possible queues at the Ticket Office. Discover our online service

Only qualified pet business people and vets are admitted to Zoomark International.
According to BolognaFiere rules, no children under 14 are permitted entry to the show.
Dogs are admitted only on a leash and with muzzle or carried in an adequate carrier, with the exception of dogs for the disabled.

Since the first show, in 1985, Zoomark International has proven to be able to grasp the market developments, becoming soon a sound point of reference for the Italian, European and global pet business people.

In its history, Zoomark International recorded an exponential growth rate both in terms of size and international appeal; thanks to this success, the trade event quickly positioned itself as an irreplaceable biannual meeting platform for the industry and distribution of pet supplies and services. 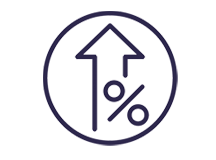 Thanks to the renewedshow layout, which includes the brand new halls 28, 29 and 30, Zoomark International 2019 provides a modern and brighter environment. 757 companies display their products – 507 of which (67%) from 45 foreign countries. The choice to hold the show from Monday to Thursday attracts higher numbers of professional buyers and increases their quality. Compared to 2017, the foreign buyers, coming from 104 countries, grow by 23%. 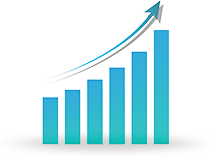 Zoomark International scores further, important records. To welcome the high number of companies in the waiting list, the show adds a new hall and boasts 735 exhibitors in total, of which 65% from 42 foreign countries and over 27 thousand buyers and professional visitors (+25% compared to 2015), of which one third from 100 countries around the world.

The show held in May 2015 welcomed 615 exhibitors - 65% of which coming from 35 foreign countries - and hit a new record of foreign buyers attending and international appeal.

A record show, with the presence of over 600 exhibitors, 55% of which coming from 39 foreign countries, and almost 23,000 visitors. The international qualified buyers grow by 9% and represent 82 countries.  In that same edition Zoomark International is officially certified by the U.S. Department of Commerce to testify the show's crucial role in the pet supplies industry.

The British Pavilion and the Brazilian Pavilion debut at Zoomark International. They are managed by PetQuip and Anfal/Abinpet.

Zoomark International moves in the modern and functional halls of BolognaFiere.

The U.S. Department of Commerce of the American Consulate in Milan participates in Zoomark International to support the first USA Pavilion.

Zoomark International changes dates from the fall to the spring season.

11th October, Florence, Fortezza da Basso: Zoomark International is born as the first pet supplies trade show in Italy and proves to be destined to become one of the leading trade events worldwide.